Bill Fischer and Tom Hofer left their respective Illinois family farms to study agriculture and economics at the University of Illinois. They joined the same fraternity and developed a mutual desire to pursue opportunities beyond the family farm. After college, Tom went off to the Vietnam War, and Bill pursued a brand new industry called lawn care. In 1977, he founded Spring-Green Lawn Care.

When the friends reunited and began evaluating Bill’s growing lawn care franchise enterprise, Tom saw an opportunity to scale the success. Tom became one of the first Spring-Green franchise owners and his business doubled in size each of its first three years. In 1980, he rolled his business into Spring‑Green Lawn Care Corporation and joined the company’s executive team. The company’s destiny as a pioneering lawn care business committed to franchising and its franchise owners was set in motion.

Tom Hofer assumes the role of president and CEO after the unfortunate passing of his fraternity brother and business partner, Bill Fischer. The franchise system grows rapidly in the Midwest and expands throughout the East, South, Southeast and Pacific Northwest.

Spring‑Green serves 7,500 neighborhood communities in 24 states throughout the nation.

James Young is named President of Spring-Green Lawn Care Corp. and leads a transformation of marketing systems and an infusion of technology.

Revenue has more than doubled over 10 years to $32.4 million. Spring‑Green receives World-Class Franchise distinction by the Franchise Research Institute.

Ted Hofer is named CEO. The focus intensifies on “Growth through independently owned franchises and a renewed commitment to deliver profitable growth is issued.”

Spring-Green celebrates its 35th Anniversary and is featured in 100 Fastest-Growing Business Entrepreneurs.

Spring-Green is featured in Forbes as a Top 10 Franchise to purchase.

Spring-Green announces a Stimulus Package to encourage growth in the midst of a global pandemic. 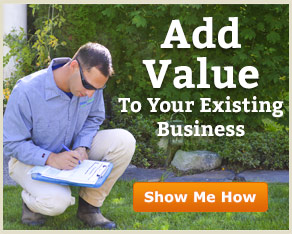